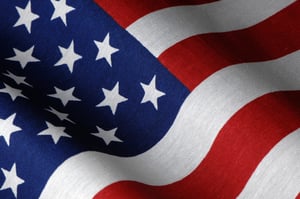 It is not easy being a citizen of India who wants to live and work in the U.S. and become a legal permanent resident and possibly a citizen of the U.S. We know – – we represent many of them.

Our Indian clients don’t just face a “double whammy”. They face a multi-front coordinated series of hurdles and roadblocks.

Let’s set out the problem, and then we’ll provide what, for many, is the only solution.

The present Administration in Washington has been no friend to Indian citizens. Here’s why:

That leaves one option for the Indian national seeking to obtain permanent resident status in the reasonably near future. That option is EB-5. While the minimum $500,000 investment amount means it is certainly not an option for all of our Indian clients, it is an option for some – – either through their own means or through gifts – – and it is an option that allows the Indian citizen to have flexibility in his employment, including the ability to be promoted or to switch employers without affecting her green card application.

Actually, the time is especially propitious for considering the EB-5 process for two reasons. The $500,000 investment amount has been in place since the program started in 1990. There is a good chance that it will be increased in the near future. An application filed before the increase will grandfather the Indian investor at the lower amount.

Secondly, there is no quota waiting list for Indian EB-5 investors… yet. The increasing demand for EB-5 in India will likely create a quota backlog in future years. Getting in line now may save a multi-year wait.

So, while the immigration paths are being systematically blocked for many citizens of India who seek a long-term future in the U.S., for some, there is still a light at the end of the tunnel.

The material contained in this article does not constitute direct legal advice and is for informational purposes only.  An attorney-client relationship is not presumed or intended by receipt or review of this presentation.  The information provided should never replace informed counsel when specific immigration-related guidance is needed.

By H. Ronald Klasko, leading lawyer representing EB-5 clients. Original article was posted on April 19, 2018 and a link to it can be found here.