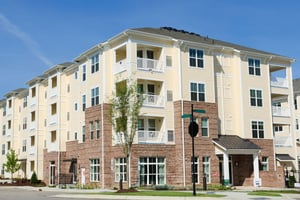 Net leasing grows by more than 10,000 units in second quarter

The Dallas-Fort Worth area is the top rental market in the country.

Net apartment leasing in the D-FW area grew by more than 10,400 rental units in the second quarter. That’s more apartment demand than any other U.S. metro area and a near record for local rentals, according to new data from Richardson-based RealPage.

“Demand here in North Texas and across the nation was a little sluggish in late 2018 and early 2019, influenced by significant economic uncertainty, regardless of the actual volume of job production,” Willett said. “To some degree, then, the big absorption of apartment product in the past few months has been catch-up demand.”

The surge in leasing is good news for North Texas developers, who have more than 34,000 additional apartment units in the construction pipeline — more than any other U.S. market.

Almost 25,000 new D-FW apartments have opened in the last 12 months, according to RealPage.

“Apartment demand in Dallas-Fort Worth reached a high that hasn’t been seen in more than 20 years,” RealPage market analyst Adam Couch said in a statement. “This really underscores North Texas’ strength at drawing new jobs and new residents.

“As an important finance, business services and transportation hub, Dallas-Fort Worth has created more jobs and drawn in more residents than any other area of the country in recent years.”

Even with the huge new supply, total vacancy in the area was only about 5% at the end of June.

“New apartment deliveries are now at a 30-year high, and the region still leads the nation for construction activity,” Couch said. “Notable areas for Dallas-Fort Worth with elevated construction levels include the Intown Dallas and Frisco areas, with each expecting 3,000 units in the near term.”

Overall average apartment rents in the D-FW area rose 2.6% in the second quarter to a record $1,153 a month. That’s still below the nationwide average of $1,390, RealPage analysts say.